Founder of the Institute 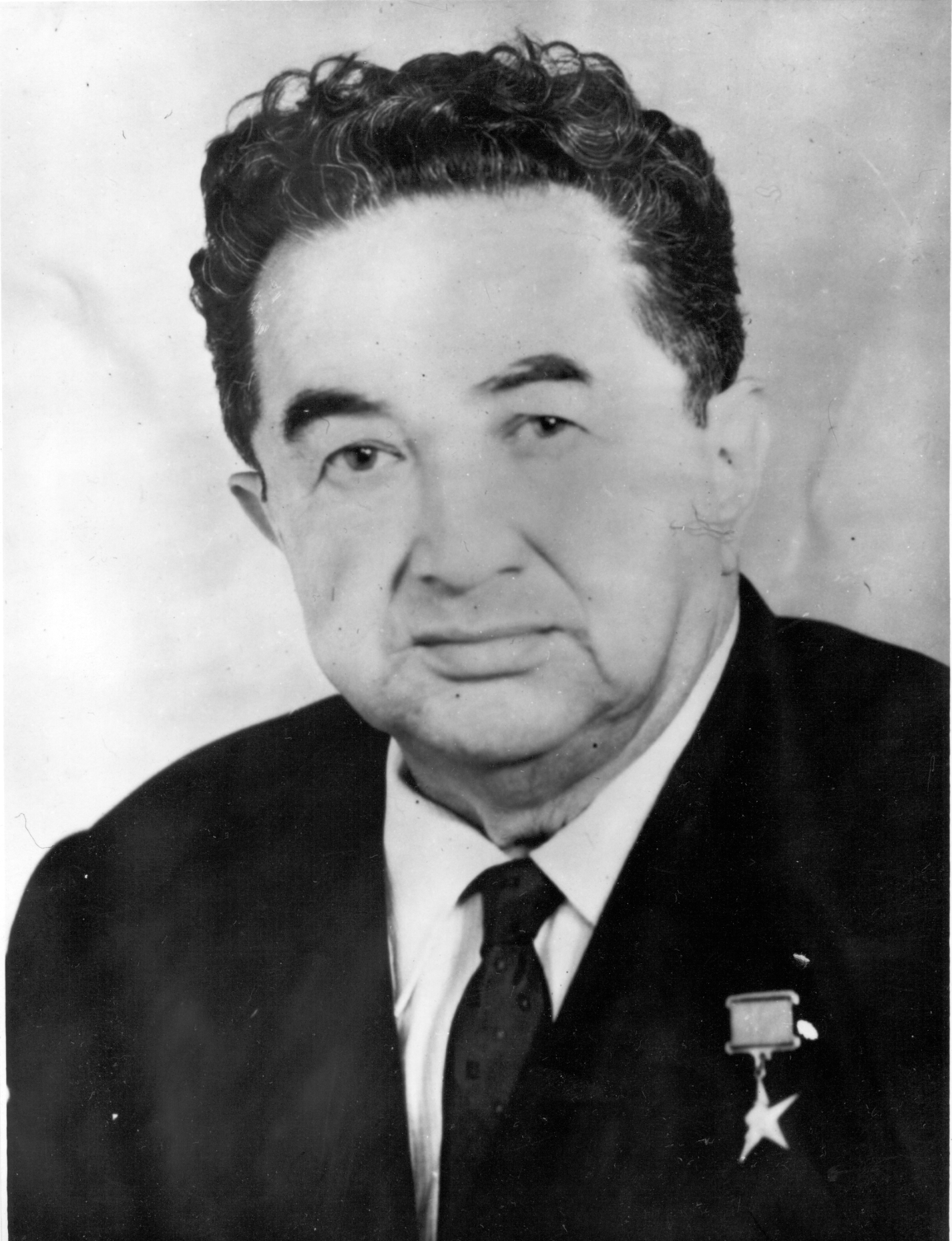 Founder of the Institute

First scientific paper of S.Yu.Yunusov was published in 1935 and dedicated to alkaloids from the plant of the poppy family. Academician Orekhov reported the scientific success of his pupil who had succeeded in isolating from wild flora of the poppy family six previously unknown alkaloids and had established the structures of some of them, such as remerine and armepavine. On the basis of this work, three years later Sabir Yunusovich defended his first dissertation for the degree of Candidate of Chemical Sciences (1939).

And as the highest recognition of many-sided and fruitful work, in 1958 he was elected as a Correspondent Member of AS USSR, in 1959 he was awarded by title of Honored Scientific Worker of Uzbek SSR, and in 1968 - by the Beruni State Prize of Uzbek Republic for Science and Technology. By a decree of the Presidium of the Supreme Soviet of the USSR of March 13, 1969, for great services in the development of Soviet science Academician S.Yu.Yunusov was honored with the high title of Hero of Socialist. He is a bearer of the Orders of the Red Banner of Labor and of Peoples’ Friendship and the Badge of Honor, has been awarded many medals. In 1971 for achievements in the development of alkaloid chemistry he was awarded the Dmitrii Ivanovich Mendeleev Gold Medal.

In 1943 in the Institute of Chemistry of the Uzbek Branch of the Academy of Sciences of the USSR he organized a laboratory of alkaloid chemistry. Owing to great scientific achievements of the laboratory, it was decided to found on its base the Institute of the Chemistry of Plant Substances. The group of workers of the laboratory that he headed concentrated their efforts on the search for new alkaloid-bearing plants and on determining the structures of the compounds isolated. They studied the dynamics of the accumulation of the alkaloids and the mechanism of their formation in the various plant organisms according to their growth site and the vegetation periods. From the results of these investigations S.Yunusov then wrote the book “The Dynamics of the Accumulation of Alkaloids and their Role and Formation in Plants”, which was awarded the diploma of the All-Union Mendeleev Chemical Society.

The work of S.Yu.Yunusov on natural alkaloids has proved very important from the scientific and practical points of view. He and his successors have elucidated the features of the connections of the chemical structure of substances and their pharmacological properties. In the clinical respect, these derivatives are not infrequently more effective than the alkaloids themselves. Scientists of the Institute under the direction of S.Yu.Yunusov, together with medical men, have found the causes of diseases affecting man and animals that are sometimes widespread on Central Asia – Dzhalangarian encephalitis and toxic hepatitis with ascites: Their causative agents are alkaloids present in certain plants. On the recommendation of the scientist, these plants have been placed in quarantine and at the present time the diseases mentioned have been practically eliminated.

“We can be proud of the broad investigations of alkaloids found in domestic plant material by the school of A.P.Orekhov. The Academy of Sciences of the Uzbek SSR has now become a center of investigations on alkaloids”. So wrote the distinguished Soviet scientist Academician A.N. Nesmeyanov.

Sabir Yunusovich has been a participant in and director of many scientific expeditions, the itineraries of which in the search for new previously unknown alkaloid-bearing plants have covered the whole of Central Asia. Together with his pupils and colleagues, he has studied thousands of species of plants.

Alkaloids are very helpful markers in taxonomy. Numerous works of S.Yu.Yunusov together with his pupil in the chemistry of alkaloids are used now in establishment of plants phylogenetic relations.

The source of sulphur – containing alkaloids has been the plant Dipthychocarpus and plants Reseda luteolata and R. lutea (from these plants isolated 18 alkaloids).

One after the other, subdivisions within the walls of the young scientific institute appeared designed to solve concrete problems – laboratories of glycoside chemistry, of fat chemistry, of plant proteins, of terpenes, and of acids, of lignin, of carbohydrates, of nucleic acids, of coumarins, and organophosphorus compounds. Laboratories designed to study the possibility of obtaining plant regulators synthetically are being organized in parallel – laboratories for defoliants, herbicides and growth substances.

Under direction of S.Yu.Yunusov the laboratories of instrumental methods, pharmacology, phytotoxicology and experimental technology were designed. Afterwards the Pilot manufacturing in order to introduce the scientific results in drugs and agricultural preparations creation to manufacture was organized.

As result of many years experience the scientific-manufacture complex, which allowed elaborate fundamental and applied researches in the Institute was created, and now it justify the hopes.

Sabir Yunusovich understands that a major scientific problem can be solved only by workers with high scientific qualification and, with the energy that is characteristic of him, is looking after the training of qualified personnel and is carefully cultivating talented young people exhibiting a capacity for independent investigation. He created a great school in the Chemistry of Natural Products, 21 Doctors of Science were his pupils. The education of youth and the training of scientific workers are always in the field of view of this noted scientist. Workers at the Institute have defended 30 Doctoral and more than 230 Candidates’ Dissertations, of them 12 Doctoral and 80 Candidates’ Dissertations were devoted to alkaloid chemistry.

In 1957 S.Yu.Yunusov founded the Joint Scientific Council in chemistry and chemical technology in the Academy of Sciences of Uzbe4k SSR. He was the first Chairman of this Council.

How successful all his work has been can be judged from the fact that in 1967 The Institute was awarded a high Government award – the Order of the Red Banner of Labor.

In 1952 he was elected as Vice-President of Academy of Sciences of the Uzbek SSR and performed these functions for 10 years.

The scientific authority of Sabir Yunusovich is growing simultaneously. In 1958, he was elected Corresponding Member of the Academy of Sciences of the USSR, and in 1962 a member of the “Leopoldina” Deutsche Akademie der Naturforscher in Halle (GDR) – one of the oldesr academies in the world, founded more than three centuries ago.

The publication in Tashkent of the All-Union scientific journal “Khimiya Prirodnykh Soedinenii” (“Cnemistry of Natural Compounds”) is an undoubted recognition of the worth of the Uzbekistan school of chemists founded by S.Yu.Yunusov and its pupil and successors in the field of chemistry of plant substances. It is translated into English in the USA. Sabir Yunusovich was its first editor-in-chief.

In 1995 the scientific community of Uzbekistan suffered a great loss. A prominent scientist S.Yu.Yunusov died suddenly. The main objective of his life was “Let’s apply the riches of nature in the service of man!” His work is continued by his pupils and followers in the Institute, and in Uzbekistan and other countries.